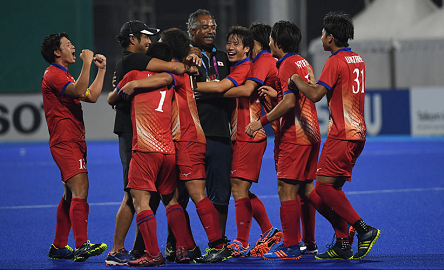 The 2018 Asian Games men’s hockey final between Japan and Malaysia at Jakarta was one such nail-biter that was nothing short of a spectators’ delight. The Samurai under Dutch coach Siegfried Aikman were pushed on the backfoot by an early Malaysian goal via Razie Abdul Rahim, but Seren Tanaka brought things to an even kneel five minutes later. But Malaysia appeared to take the game away from Japan with three goals in six minutes from Tengku Ahmad Tajuddin and Faizal Saari, sitting pretty with a 4-1 lead in the second quarter of the match. Kenta Tanaka ensured it was not all over for the Samurai as he found the target before half-time even as they trailed 2-4 at the break. Interestingly, the high-scoring Asiad final did not witness any goals in the third quarter – Muhammad Amirol piled on the agony of Japan scoring Malaysia’s fifth goal and it seemed like it was all over bar the shouting for the Samurai with only ten minutes remaining for the final hooter.

Japan, who could not find the target at all in the third quarter while chasing the game, reserved their best for the final moments of the game, orchestrating the mother of all comebacks with Kaito Tanaka, Kenta Tanaka and Koji Yamasaki breaching the Malaysian defence thrice in a span of eight minutes to make the scoreline 5-5. Tengku Ahmad Tajuddin once again put Malaysia in front with a minute remaining and in the process completed his hat-trick, but Japan were flying high on confidence with their magnificent final quarter comeback and stretched the match into a shootout with a final-minute goal via Hiromada Ochiai (with just thirteen seconds left) as the gruelling contest ended with a 6-6 scoreline in regulation time. Japan goalkeeper Takashi Yoshikawa churned out three saves to take his side on the Asiad glory path and deny the Speedy Tigers a shot at glory.

Four years walking down memory lane, Siegfried Aikman puts things in perspective. “We were well prepared for the final against Malaysia. Malaysia had a dream start and almost every opportunity in our ‘D’ translated into a goal. But my boys were a confident lot because we also created opportunities but unfortunately those went abegging,” he says in a chat with Hockey Passion.

Aikman had no doubts that Japan could always rebound given the capabilities of his side. “We knew if we could convert the chances that came our way, we would be back in the contest. My team kept fighting despite being down 1-4 in the first half and subsequently 2-5 going into the final quarter. We went for broke as the boys were fighting for the gold as silver was assured. The manner in which Japan clawed their way back to level things at 5-5 after trailing 2-5 and then again coming from behind to make it 6-6 was outstanding and speaks volumes of the self-belief in the side,” he quips.

The former Japan coach believes the late comeback toughened up the boys for the shootout. “Team was riding high on confidence after scoring the equaliser with 13 seconds left. The shootout is a mental tough part of the game and confidence makes a big difference. Based on our confidence we did well and won the the gold. A miracle had happened and we had achieved our goal which surprised many. That is the beauty of sports,” he signs off. 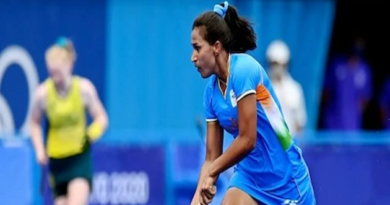 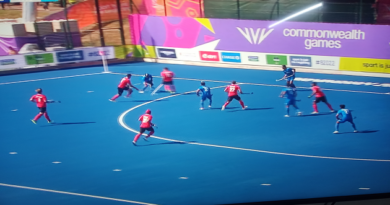 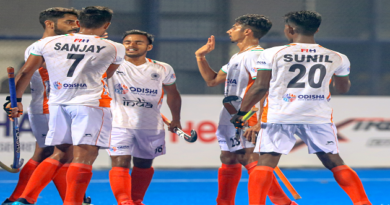