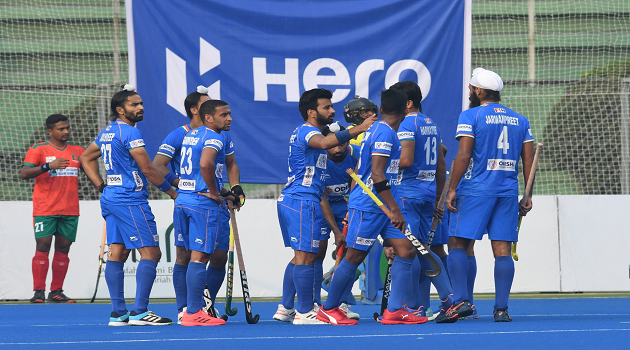 The fitness levels of the Indian men’s hockey team have improved by leaps and bounds over the last four-five years. And one man who can be credited for the improved fitness level of the national team is South African Robin Arkell, who did a phenomenal job behind the scenes as the team’s Scientific Advisor since he took up the role in 2017. Arkell, who stepped as Scientific Advisor after the bronze-winning 2021 Tokyo Olympics campaign, elaborates on how he trained the team in an exclusive chat with Hockey Passion.

What were your priority areas when you took over as Scientific Advisor of the Indian men’s hockey team?

My priority was to gain the trust of the players and let them know that I’m there to help them improve and become better hockey players. They needed someone they could trust and open up to. The potential of the players was clearly obvious – however, their fitness needed to improve to be on par with the likes of Australia, the Netherlands, and Germany. The Olympics was always going to be the event we needed to peak for, and so the process started in 2018 with small changes. One of those changes was the food that had to be improved to support the training schedule we wanted to implement.

The training approach also had to change. A volume-based program (up to 10 hockey sessions per week) had to become more intensity-focused. There were times when we only had 4 hockey sessions per week but with huge intensity. I looked at the comparison of data between matches and training and it was clear that training was not exposing the players to the same intensity that they would experience in games. We had to expose the players to those demands in training on a regular basis. I used GPS in every session to see if they were hitting the targets. I had developed individual thresholds for everyone for certain metrics. Depending on the type of session we had, the players needed to hit specific targets to ensure we were getting the required physiological adaptation. The quality and consistency of training started to improve as they were held accountable. The guys started lifting weights more regularly. I used the Push Band, which is a velocity-based accelerometer to track the speed at which they would lift the weight. The more weight they could lift at faster speeds would ensure a more powerful athlete. It all aligned up to the goal of increasing the intensity of training, and the Push Band helped achieve that in the weight room.

How would you stack the Indian team up against other top nations like Australia, Netherlands, Belgium, and Germany?

The Indian team should be given the same credibility as the European and Australian teams. We have played all of them over the last 4 years performing consistently well and beating all of them.

What’s your take on the Yo-Yo test – can you give us an insight?

Yo-Yo test has high credibility in determining a player’s fitness level and what we have found in hockey players is that the players with the highest Yo-Yo scores are the players who are covering the highest amount of high-speed running distance in games. High-speed running is an important part of the modern game, and so there is a nice correlation between the physical testing we do and actual match performance.

Once the boys crossed the minimum standard on a consistent basis, I created individual thresholds which helped create targets each time we did testing. It got to a point of saying; how far can I push them as they were constantly breaking their own records.

The last Yo-Yo test we did prior to the Olympics had 14 of the team complete level 23.8, which is the highest possible level and where the test finishes. To have a squad average of 23.1 and 14 players complete the test is an unbelievable achievement and testament to how hard the boys worked over the last 4 years.

Hockey teams are known to play in extremely chilly conditions as well as in energy-sapping heat – back-to-back games are a norm these days – what’s your perspective on recovery management?

Handling the demands and building up the necessary chronic load is a way of managing recovery, so that is always the first objective for me.  We would periodise our recovery strategies throughout our preparation phases to complement the type of adaptation we were seeking. We would go through phases of intense training with no additional recovery. I wanted to stress the body to such an extent that it suppressed performance acutely, but with the view of achieving a higher rebound and peaking for competition. In competition, we would place a high emphasis on recovery strategies. Each morning the players would submit their wellness to me prior to breakfast, and with the information, I was able to create a monitoring matrix that placed everyone into a specific quadrant which allowed me to get more specific on the type of recovery needed for everyone.

It comes down to an accumulation of many things and it was my aim to get these component parts perfect so that when we needed to be fresh and able to perform, we were primed to do so.

Were there days when players were allowed to break free and enjoy the food, they would prefer spicy or junk food – give us your thoughts?

Yes. I think they probably did it more often than they let me know! Some of the big rocks I was strict on were eliminating fried foods, improving the quality of oil foods that were cooked in, and increasing the amount of protein consumed.

When I arrived, there was an assumption that protein was bad for you, and it took a lot of time and education to change that belief. With Shona Prabhu, our team dietician, we were able to get to a point where protein became a regular on each player’s plate!

How would you like to be remembered as Scientific Advisor of the Indian men’s hockey team?

Someone who made a difference deeply cared for the welfare of the players and someone who gave their utmost best every day to improve the environment, and ultimately the performance of the team.  I would like to be remembered as someone who left the team in a better place than it was when I arrived. I lived and breathed my dream every day for 4.5 years, I feel comfortable that I achieved my goal.

What prompted you to call quit India job? Q What are your future plans?

It was not an easy decision to make. I thoroughly enjoyed my time in India and would have loved to continue with the team. I have been on a long journey with them and built up some really special relationships with the players, so to have made the decision to leave was extremely emotional. I want to remain in high-performance sport, and I have aspirations of going to many more Olympic Games. I really enjoyed working in hockey so to remain in international hockey would be great. 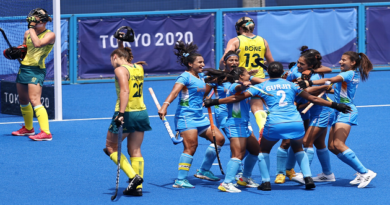 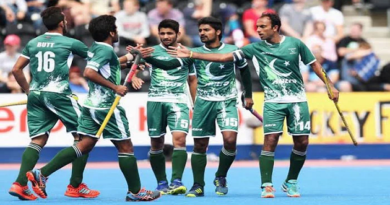 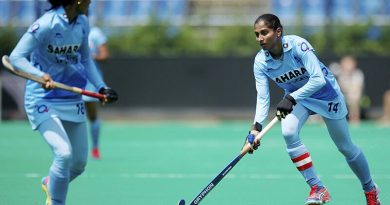