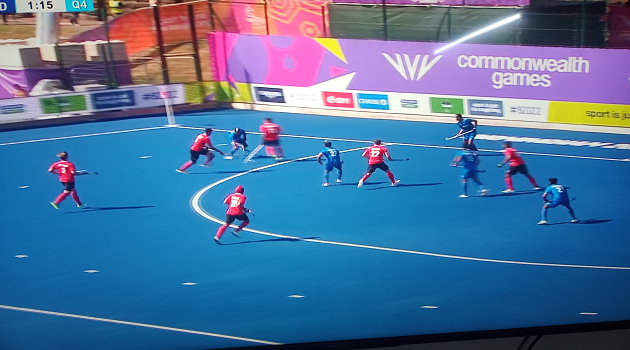 There was much at stake for the Indian men’s hockey team after their truly forgettable tie against England in a game, where card indiscipline saw them settle for a 4-4 draw after leading 4-1 at one juncture when they locked horns with Canada. Indians maintained the same tempo exuded against England (for three quarters) against Canada and seemed determined to correct the ‘wrongs’ of the England tie. Balraj Panesar kept Canada in the contest with a superb goalline clearance of a power-packed Harmanpreet Singh penalty corner and that was the lone high point of the Canadian deep defence as India thereafter swarmed over the opposition defence like stinging bees.

Canadian goalkeeper Tristan Burgoyne had a harrowing time keeping up with the Indian onslaught. The sustained pressure built by India was rewarded when Harmanpreet Singh fired home a shortie. Much-criticised Varun Kumar (for his two yellow cards of 10 & 15 minutes in the England game) showed why hockey is a great leveller – he fed a sublime diagonal pass to overlapping Amit Rohidas, who slammed home to give a two-goal cushion. Lalit Upadhyay made it 3-0 off a PC rebound after Varun Kumar’s rasping drag-flick was saved by Tristan Burgoyne.

The sleek passing play of India was a joy to watch and Canada struggled for answers whenever the Indian forwardline asked questions. Skipper Manpreet Singh impressed with his work rate and was seen all over the pitch be it overlapping upfront as well as rushing back to help the deep defence besides manning the midfield. In fact, the entire team displayed amazing off-the-ball running coupled with eye-catching interceptions.

Gurjant Singh, who earned the wrath of the umpires in the England game and served a ten-minute yellow card suspension, scored a brilliant diving deflection goal off a baseline pass from Harjot Singh as India went into half-time with a cosy 4-0 lead. Akashdeep Singh punctured Canada’s morale further whipping home a razor-sharp Manpreet Singh from the right.

Harmanpreet Singh converted another short corner in the dying moments of the game and in the process became India’s top goal-scorer at the Commonwealth Games, surpassing Sandeep Singh’s record of 11 goals. Mandeep Singh inflicted more agony on the Canadians with a smart steal off an opposition defender before belting home – Akashdeep Singh capped off a double in the closing seconds off a baseline run from the right by Amit Rohidas as India pull off a big 8-0 win – their biggest win over Canada – erasing the earlier record of 5-1 at the 2018 World Cup.

India would look to continue the goal-fest in their final league tie against Wales and ensure they have a better goal average over England and avoid facing Australia in the semifinal. 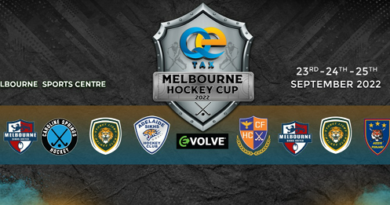 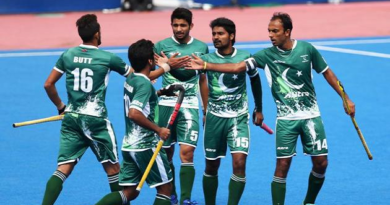 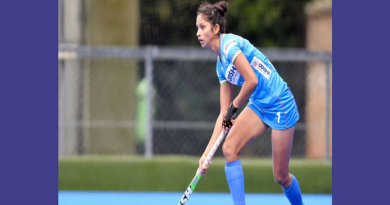