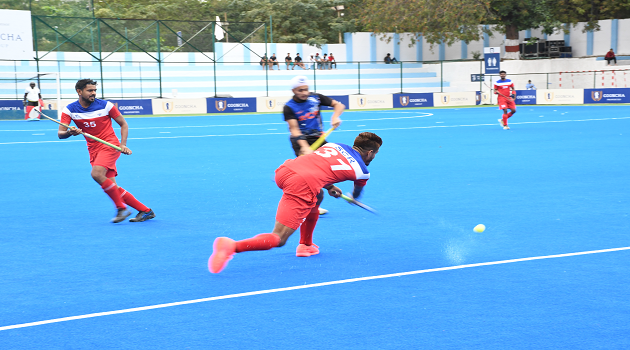 Playing back-to-back matches is never easy but South Central Railway hardly showed it as they prevailed over Mumbai XI and Rail Coach Factory (RCF) to book their spot in the quarterfinal league stage in Pool A of the Gooncha 57th Senior Nehru Hockey Tournament being played at the South-Central Railways Sports Complex in Hyderabad.

At the forefront of South Central Railway’s impressive run in the Gooncha 57th Senior Nehru Hockey Tournament is the leading-from-the-front role enacted by skipper MC Poonacha. He was outstanding in their side’s 3-2 win over Mumbai XI in the first tie, not only scoring once but creating scoring opportunities, and in the second match, he had a towering presence in their 4-2 win over RCF.

The well-organised approach of South Central Railway must make the Pool A quarterfinal league stage exceedingly exciting as they would be competing with the likes of defending champions Punjab National Bank, 2019 runners-up Indian Oil and Army XI.

Indian Air Force, who had reached the semifinals of the 31st Lal Bahadur Shastri Hockey Tournament in New Delhi, was in for a big surprise as they were handed out a 2-5 defeat by the Indian Navy enabling the latter to seal the quarterfinal league spot from Pool B alongside Indian Railways, Punjab & Sind Bank and CAG. 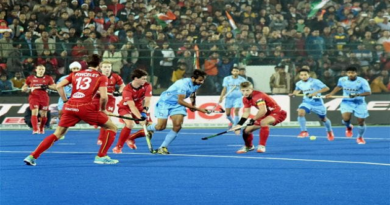