It’s hard to recall when was the last time one witnessed an exhilarating hockey match that ended in a goalless draw. This is simply because goalless drawn games typically never live up to great heights and are often dull and tedious affairs. The India-England World Cup encounter at Rourkela had all the ingredients of a thriller – so unfortunate that goals eluded both teams!

Egged on by a boisterous home crowd, India took the onus of wresting the initiative early on but England gradually found their foothold in the game. The deep defences of both teams were asked many questions and each time they were firm in their responses. There was no shortage of intent from India and England as both collectively earned 11 shorties in the first half but not once profiting from it.

India should have drawn in the second quarter when a Hardik Singh backhander was superbly saved by England goalkeeper Ollie Payne, who hardly put a foot wrong under lights. It was the magnificence of Ollie Payne that prevented the home side from pulling ahead in the match – Hardik’s effort was not the only one – he kept frustrating the Indians consistently.

Sam Ward had a photo opportunity to put England ahead in the second half when he beat PR Sreejesh but his shot blazed out. India were at a referral disadvantage after Akashdeep Singh’s call to go upstairs for a penalty corner was denied by the video umpire. The work rate of the Graham Reid’s boys deserved copious praise and a goalless draw is something they won’t mind settling for in the end given the stature of the England side. The hosts endured nerve final moments when England won a short corner in the final twenty seconds but Nick Bandurak’s drag-flick slammed the right post.

The results means England are on top of Pool D with a better goal average courtesy their 5-0 win over Wales. The home side would hope Spain-England tie on January 19 end in a draw and they beat Wales comprehensively in their concluding league tie and find a way to top Pool D. 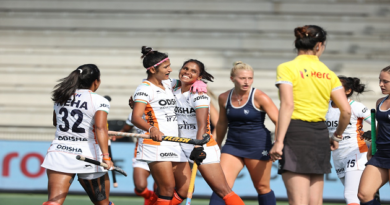 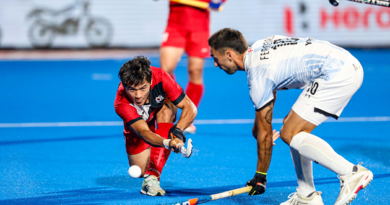 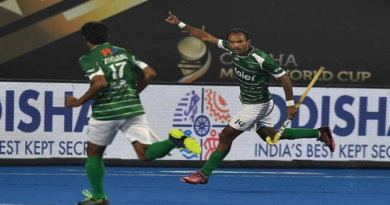