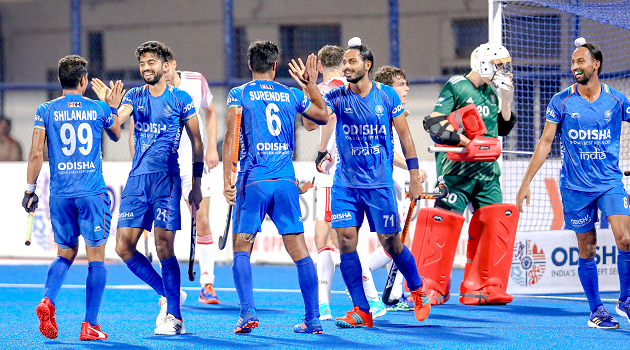 India are making a good habit of scoring last-minute goals to win games in regulation time. Harmanpreet Singh and Mandeep Singh performed last-minute stunts against Spain and Argentina. But they have also been guilty of frittering away winning positions, conceding goals in the dying moments and forcing the contest into a shootout. Fortunately, the Amit Rohidas-captained Indian outfit finished the shootout on a strong note, thanks to a standout shootout performance from Krishan Pathak, enabling the hosts to win 3-2.

Unlike the Tokyo Olympics quarterfinal, the match had all the trappings of a needle contest. Coached by Zak Jones, England did not allow the hosts to settle down and controlled the ball as well as the game with aplomb. The trio of Sam Ward, Liam Ansell and Christopher Griffiths asserted themselves in the midfield and deprived India from playing their natural game.

England was keen to seize their opportunities and engineered two early penalty corners – Nicholas Bandurak was first denied by Sreejeshbut atoned for that firing a ripper of a drag-flick that breached the defences of Sreejesh. To be honest, India was starved of possession for a large chunk of the opening quarter. However, the hosts upped the ante in the closing stages of the quarter when Shamsher Singh weaves his way around the English ‘D’ and fed a superb back-pass to Abhishek, whose magnificent tomohawk beat English goalkeeper Ollie Paine all ends up. From being nowwhere in the contest, India closed out the quarter on a robust note with some purposeful hockey in the dying moments.

Shamsher Singh, who can take a lot of credit for setting up India’s opening goal, got his name on the scoresheet when Shilanand Lakra orchestrated a lovely move close to half-time after he scrambled home amidst a goalmouth after a ball rolled in after hitting the goalpost touching the stick of Liam Stanford along the way.

India could hardly enjoy the lead as Nicholas Bandurak made the most of England’s third short corner a minute later as both teams gave nothing away, heading into half-time with deadlocked at 2-2. India struggled to win short corners and it was only in the closing stages short corners came their way. Harmanpreet Singh fired home what looked like a match-winner. India did well to run down the clock and England withdrew goalkeeper Ollie Paine in a bid to push for the equaliser – the move paid dividends when England earned a penalty stroke with barely seconds remaining and two-time Olympian Sam Ward stretched the match into a shootout slotting home past Krishan Pathak. India would be frustrated wasting a winning opportunity but did redeeem themselves with a bonus point from the shootout. 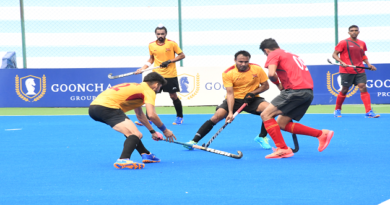 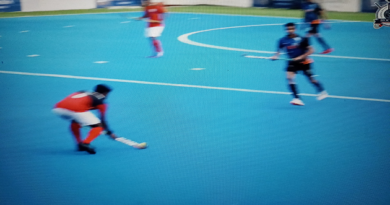 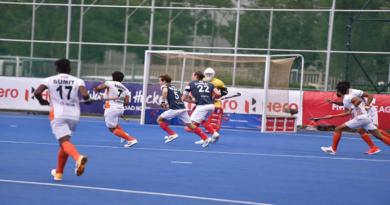