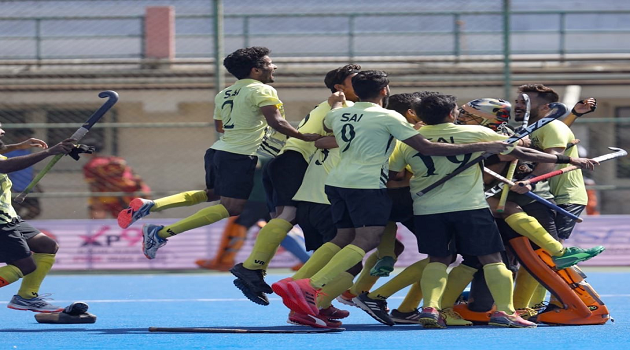 It was a match that went right down to the wire where Sports Authority of India (SAI) twice came from behind to hold Services Sports Control Board (SSCB) 3-3 in regulation time and stretched the content into the shootout where they emerged victorious 4-2 to sneak into the semifinal of the 1st Hockey India Senior Men Inter-Department National Championship being played at Bengaluru.

The SAI lads took an early lead via Selvaraj Kanagaraj but SSCB not only restored parity but went ahead in a span of four minutes to hold a slender 2-1 lead at half-time. SAI was much in the reckoning with a Mohit Kumar strike early in the third quarter but SSCB ensured SAI’s equalising joy was short-lived as Manjeet found the target in the closing stages of the third quarter. It looked like SSCB would make it to the semifinal until Rimanshu brought SAI back into the contest with a late goal and subsequently had the last laugh in the shootout.

SAI will up against Petroleum Sports Promotion Board (PSPB) who nosed out Punjab & Sind Bank 3-2. Railway Sports Promotion Board (RSPB) riding on goals by Olympian Amit Rohidas, Vikash Choudhary and Ajit Kumar Yadav humbled Central Civil Services Cultural And Sports Board 3-1 and will now face Punjab National Bank, who riding on a brace from Sukhjeet Singh, eased past ITBP Central Hockey Team 5-0. 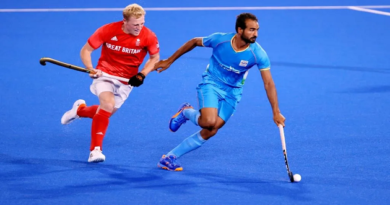 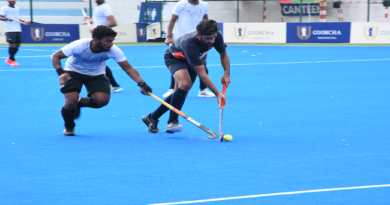 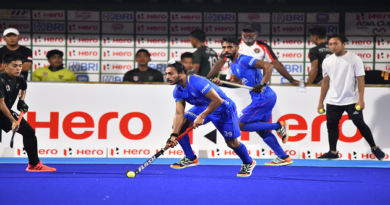