Vokkaliga Raghunath has come to the national team’s rescue on umpteen occasions with his booming drag-flicks in penalty corner routines. And on Sunday, the two-time Olympian fullback came to the party for his employers Indian Oil just when it mattered, dishing out a scintillating hat-trick to power his side to a 6-4 win over pugnacious South Central Railway and march into the semifinals of the 57th Gooncha Senior Nehru Hockey Tournament being played at the South-Central Railway Sports Complex in Hyderabad.

The three-goal blitz of the Kodagu lad assumed significance given the fighting performance by South-Central Railway, who clawed their way back each time they trailed the oilmen. The inspirational leadership of South-Central Railway’s MG Poonacha came to the fore, scoring two goals and was ably supported by Lovepreet Singh and Belsajar Horo.

Earlier, Indian Oil had the headstart after former international Roshan Minz scored an early goal – a magnificent deflection goal of a superb pass from another former international Affan Yousuf, who later scored a short corner rebound goal and was joined in the goal-scoring act by Talwinder Singh to cap off a great day on the turf.

Indian Oil topped Pool A with this win and will face the Indian Navy in the semifinals despite suffering a heavy defeat in the final league tie against CAG, who are out of contention after losing the first two games. Railway Sports Promotion Board will clash with Punjab National Bank in the other semifinal on Monday. 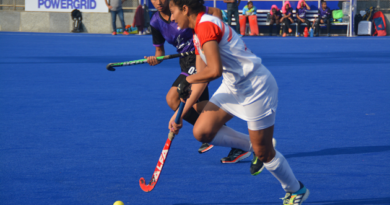 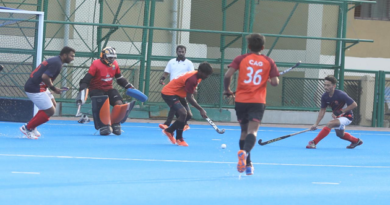 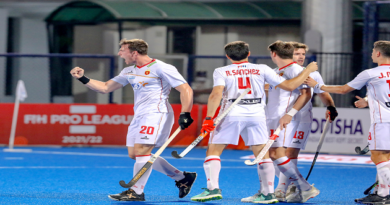