The imperious international match-winning record of the Australian men’s hockey team is known to all – they have indeed carved out a reputation for riding roughshod over the opposition. It’s not often that the Kookaburras trail by two goals in the first twenty-four minutes of play something they wre subjected to by Spain in the first quarterfinal of the 15th Men’s Hockey World Cup at the Kalinga Staidum in Bhubaneshwar.

The Colin Batch-coach side exemplified one more time why they are the world number one ranked side, overcoming a stiff Spanish first half resistance to nail out a thrilling 4-3 win to sneak into the semifinal. Spain held firm in the early exchanges – their goalkeeper Mario Garin kept his side in the contest, foiling the short corner efforts from Jeremy Hayward and Blake Govers with some superb saves. The match took a different turn when Xavier Gaspert’s magnificent backhander broke the defences of Aussie goalkeeper Andrew Charter in the second quarter – the Spanish camp went into raptures a few minutes later when Marc Recasens doubled the lead with an opportunistic goal.

The world number one side needed some momentum to chart out their fightback – Flynn Ogilvie provided that rifling in from the centre of the ‘D’ to reduce the deficit in the closing stages of the first half. Hardly had Spain settled in their strides in the second half, Australia upped the ante and regained control of the game with two goals in two minutes. Aran Zalewski pounced off a Jake Whetton assist to even things up before Jeremy Hayward PC thunderbolt enabled the Kookaburras pull ahead for the first time in the match.

Spain did not know what hit them early in the second half – they were forced to play second fiddle as Australia appeared to be in full flow – Jeremy Hayward struck one more off a shortie as they seemed to run away with the game after opening half reverse. Spain was kept in the reckoning by their skipper Marc Miralles, who fired home a short corner as Australia led by a slender lead in the final quarter.

The final quarter witnessed anxious moments – Spain had a great chance to make the scoreine 4-4 when they won a penalty stroke with just four minutes later, but Australia goalie Andrew Charter lunged to his left and palmed away the attempt from Marc Miralles. And that was the escape route Australia needed amidst sustained Spanish forays to close out the match by the skin of their teeth. 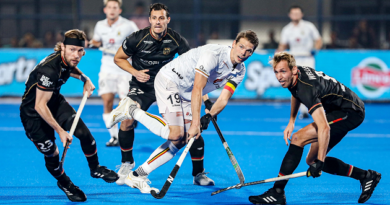 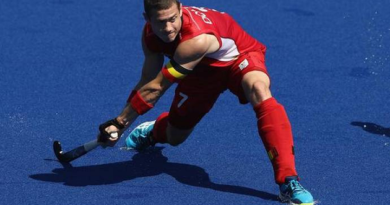 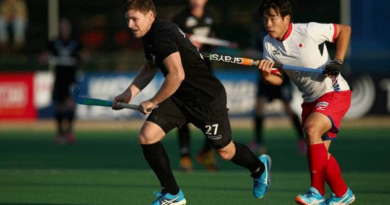