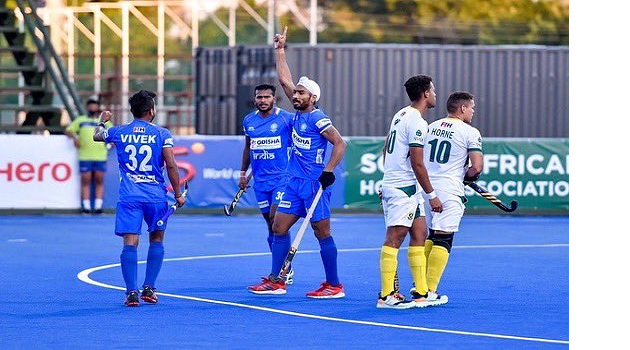 Performing in the domestic circuit is one thing and delivering on the international stage is quite another. Young drag-flicker Jugraj Singh seems to have taken to international hockey like a duck to water. The newest addition to the Indian drag-flicking department has delivered a strong statement of intent on his maiden international tournament, played his part, slamming his maiden international hat-trick in India’s rollicking 10-2 win against South Africa in the Pro Hockey League. Not often you see a youngster clobber a hat-trick in only his second international and that probably speaks volumes of the value the 24-year-old youngster brings to the national side.

Jugraj has consistently knocking on the hockey selectors’ door with a string of impressive performances in the domestic circuit. The youngster packs a punch with his drag-flicks and also showed a wide variety he possesses with his flicks. The youngster unleashed his first goal that sailed over the head of the South African goalkeeper and subsequently took the bottom right corner for his second goal and followed up with his third goal.

“It’s an honour to play for India and a lot of sweat has gone into this journey so far. The happiness of being included in the national side cannot be described in words. I will do everything I can to grab the opportunities in South Africa,” says Jugraj barely able to hide his emotions in a chat with Hockey Passion before departing for South Africa

Read India Showed South Africa Who Is The Boss

Employed with Indian Navy, Jugraj hails from from Attari village along the India-Pakistan border – he is the youngest among five siblings. “My father works as a coolie in the border areas and my two elder brothers are involved in the same job with him. My two elder sisters are married of,” he says.

The youngster has probably done enough to merit a prolonged stay in the national side for the upcoming international engagements. 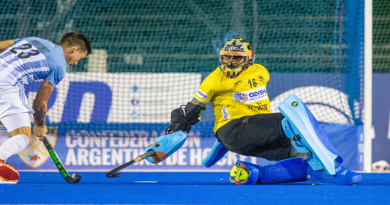 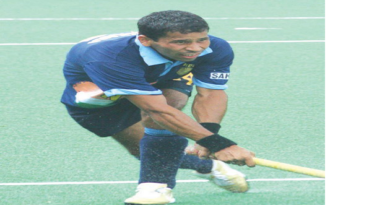 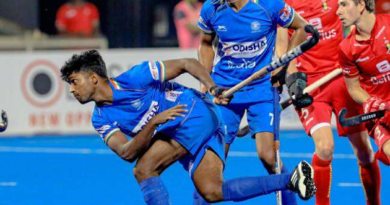