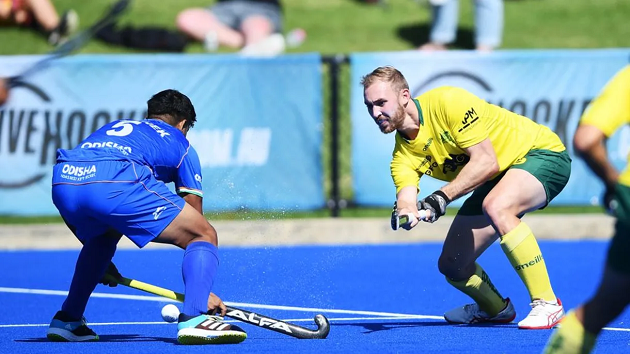 Beating Australia in a Test series in their backyard was always going to be a daunting task for any side let alone India – at the end of it, India can take pride from the fact that they were able to win a Test match and avoid a whitewash against the world number one side. The fact that India held their own Australia without their wheels entirely coming off should be enough indication that they are learning their lessons from the 1-7 and 0-7 defeats at the hands of the Kookaburras in the 2021 Tokyo Olympics and 2022 Birmingham Commonwealth Games.

Even had the Indians settled into their strides, the hosts seized the early initiative when Tom Wichkam outsmarting his marker Nilam Sanjeep Xess to belt the opening goal after Aran Zaleswki fed him a precise pass from the outside ‘D’. Australia are known to make opposition pay for any looseness in deep defence – Jugraj Singh slipped and lost his footing and Lachlan Sharp reaped full advantage of it, setting up Tom Wichkam for his double.

It was left to skipper Harmanpreet Singh to drive India back into the contest with a superb penalty corner conversion – it must have been a huge sigh for relief for him as he was denied on several occasions by the Aussie defence. Just when it looked India would stay alive in the match going into the half-time break, the Kookaburras enhanced the lead when Jacob Anderson – who had a great day on the pitch – fired a stinging shot that was clumsily saved by goalkeeper Krishan Pathak and Aran Zaleswki was on hand to power home the rebound to give his side a 3-l lead.

Indian hopes were revived in the second half when Hardeep Singh drilled a nifty diagonal ball to Amit Rohidas, who clobbered home to reduce the deficit. Australia did not allow India to breathe their neck down and Jacob Anderson profited from a baseline pass from Daniel Beale as the hosts parked themselves in the box seat going into the final quarter.

Jacob Whetton made the scoreline 5-2 with six minutes left for the final hooter – India could have resigned themselves to their fate but there was no let up in intensity as a magnificent team effort that started with an Amit Rohidas pass to Dilpreet Singh that was relayed to Nilakanta Sharma, who got his high stick and took a deflection of Sukhjeet Singh that saw India make the scoreline 3-5. The Blueshirts pulled back one more in the closing seconds when Harmanpreet Singh converted a shortie – his sixth goal of the series even as the match drew to a close. 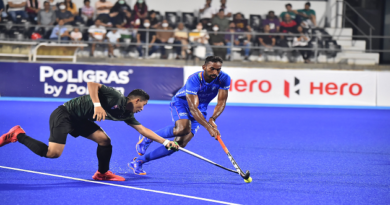 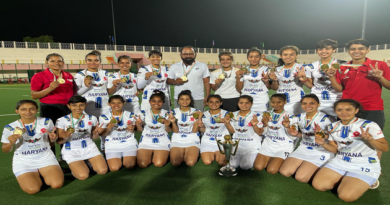 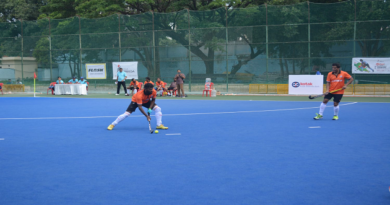