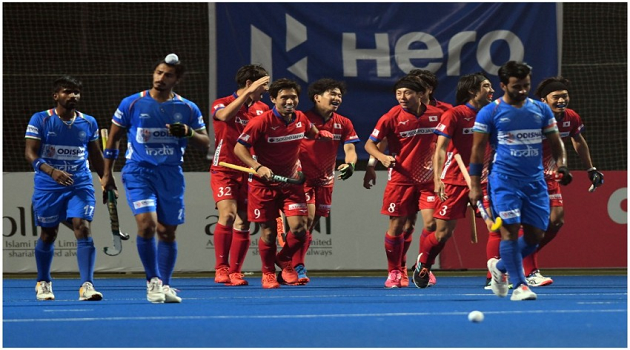 For a long period of time, Japan struggled to grab the eyeballs as the focus of Asian hockey revolved around traditional powerhouses India, Pakistan, and to some extent Malaysia and South Korea. One can’t fault anyone if Japan was touted as a pushover even as they regularly featured in tournaments such as Asian Games, Asia Cup, Asian Champions Trophy among others.

The Samurai first made the hockey world sit up and take notice of them when they won the 2018 Asian Games gold at Jakarta. They did not quite received plaudits for winning the gold medal simply because they won the semifinal and final without having to play India, who had drubbed them 8-0 in the league stage. Japan did beat South Korea 3-2 and subsequently Pakistan 1-0 in the semifinal.

The arrival of Japan as a hockey force stood vindicated in the Asiad final against Malaysia – a game where they trailed 2-4 at half-time and later 2-5 with just eight minutes left for the final hooter. The manner in which Japan struck three times in quick succession to make the scoreline 5-5 stunned all and sundry at the Gelora Bung Karno Sports Complex – more drama was to follow as Malaysia made it 6-5 with a minute left but Japan again equalised at 6-6 with only 13 seconds left and stretched the contest into a shootout where they had the last laugh.

The Asiad gold allowed Japan to seal their 2021 Tokyo Olympics berth, which they would have received anyway as the host nation. At the Tokyo Olympics, we all saw how Japan trailed mighty Australia 0-2 in the opening quarter but they struck three times in the second quarter riding on a brace from Kenta Tanaka to lead 3-2 at half-time before Australia scored thrice in the second half to win 5-3 – that tie reinforced one thing – Japan does not fear losing and are willing to go for the jugular at all times. Japan did not look like minnows – they lost narrowly to Argentina 1-2 and held New Zealand 2-2 – they significantly improved from their 0-8 defeat at the hands of India at the 2018 Asiad and lost to them fighting 3-5 at the Tokyo Olympics.

The pace is Japan’s forte and they have time and again leveraged to the hilt to unsettle teams and forced opponents to play catch-up hockey as they did against India in their 5-3 semifinal win at the Asian Champions Trophy. Dutch coach Siegfried Aikman, who recently took charge as Pakistan coach, has played his part in transforming Japan into a fighting unit and the 2018 Asiad glory was scripted under his guidance. The immense self-belief Japan exudes was seen in the league tie against India, where they kept raiding the Indian citadel despite losing 0-6 – in fact, poor finishing made it look like a one-sided game. A lot of times efforts are not reflected in the final scoreline.

Akira Takahashi, who took over from Siegfried Aikman as Japan’s coach recently, has done really well to get the best out of his team. Japan has many as nine players who were part of the 2018 Asian Games gold-winning team. Skipper Seren Tanaka, goalkeeper Takashi Yoshikawa, the trio of defenders – Manabu Yamashita, Yoshiki Kirishita and Shota Yamada, midfielders Kaito Tanaka, Hiromasa Ochiai, and the forward duo of Kenta Tanaka and Kazuma Murata.

At 33, Kenta Tanaka is playing the best hockey of his international career – he has built a reputation as one of the best forwards in Asia – he played club hockey for Dutch club HGC, which speaks volumes of his hockey pedigree. His forward team-mate Kazuma Murata has also played overseas club hockey in the Australian Hockey League for Canberra Lakers and these overseas club stints have done a world of good to Tanaka and Murata. Both have a combined experience of close to 300 international caps and Japan forwardline over the last four-five years have worn a settled look.

Manabu Yamashita is a rock in Japan deep defence – he is the most capped player in the current Samurai side and led the side at the Tokyo Olympics. The two Tanakas – Seren and Kaito have a robust presence in midfield and provide an ideal foil to the likes of Kenta Tanaka and Kazumi Murata.

Japan by reaching the final of the 6th Asian Champions Trophy have proved that their 2018 Asiad glory was not a flash in the pan – Japan have indeed arrived in world hockey and this augurs well for the future of Asian hockey. 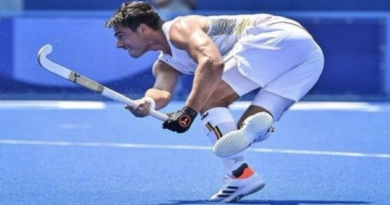 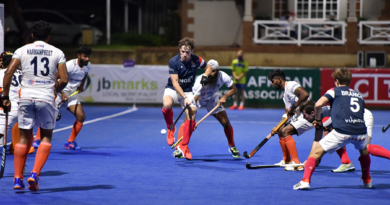 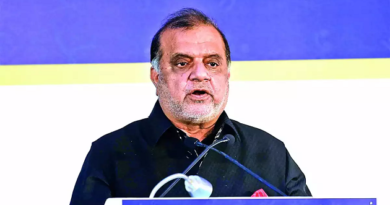